The Bulgari Resort Los Angeles, planned for a 2025 debut in the hills of Benedict Canyon, continues to face community opposition.
BY SYDNEY ODMAN | OCTOBER 15, 2021 10:33AM

Bulgari is planning to bring luxury hospitality to the hills of Los Angeles.

Bulgari Hotel & Resorts is expanding to the United States, with a Miami location set to open in 2024, and has now announced that it will open a Los Angeles property in 2025. Bulgari Resort Los Angeles is set to be nestled away in the private hillsides of Benedict Canyon — an L.A. neighborhood well-known for its sweeping views of the city, along with its famous inhabitants, which, over the years, have included Kim Kardashian West, Bruce Springsteen, David Geffen and Jay Leno.

Located north of Beverly Hills, Benedict Canyon is a residential area with narrow, winding roads and gated private properties. Set on 33 acres, Bulgari Resort Los Angeles will take advantage of these secluded mountains, allowing for a unique getaway that will highlight the canyon’s Californian flora and fauna..

The resort will feature 58 rooms and suites, eight private estates and the hospitality brand’s signature Bulgari Il Ristorante Niko Romito. The sanctuary also will boast a 10,000-square-foot spa, gym, a cinema and an eight-seat sushi bar. Most of the hotel’s guest rooms and suites will be located in secluded bungalows, while the eight residential estates will range in size from 12,000 to 48,000 square feet, all with at least one acre of private land. The largest estate will be set on five acres.

As for the property’s design, Bulgari has enlisted South African design firm Studio SAOTA to develop an L.A.-inspired exterior with the intent to blend into the surrounding environment, while Milan-based architecture firm Antonio Citterio Patricia Viel will curate the resort’s interior with an Italian influence.

The proposed property was formerly known as The Retreat, a hotel development project led by investor Gary Safady, who has petitioned for zoning laws to be changed in Benedict Canyon to accommodate the property. In response to the development’s potential impacts on the area, a group of residents responded with an initiative called “Save Our Canyon.” This group has actively fought against plans to create a hotel in the Benedict Canyon area, expressing their concerns via social media, to local legislators and even by putting signs up in the area to fight against the development.

On July 12, Los Angeles City Councilmember Paul Koretz made a motion to the L.A. City Council to reject the hotel portion of Safady’s application for the property.

In response to Bulgari’s announcement, Save Our Canyon board president Mark Levin provided a statement to The Hollywood Reporter. “This proposed hotel project is not allowed under current zoning laws, and has not been approved by the city. In fact, there is extraordinary opposition to the project. Over ten thousand people have signed a petition against the project, and all major environmental organizations in the region have been steadfast in their opposition to a commercial hotel in this entirely residential hillside community.”

The statement continued: “This project requires the City Council to change the General Plan for Los Angeles — and approval of this project would likely result in the destruction of protected hillsides and trees, endangering wildlife and, in our opinion, it would lead to an avalanche of commercial development across the Santa Monica Mountains. Most importantly, we believe that this commercial hotel will create extreme fire danger for anyone who lives in the vicinity, with narrow roads trapping people in the canyon. Thankfully, our city councilmember stands with the community against [the] construction of this hotel in Benedict Canyon. Whether it is proposed by one individual or a multinational corporation, we are committed to protecting the environment and the integrity of our neighborhoods. Our message is clear: No Hotel In This Canyon.”

In an email to THR, Safady responded to Save Our Canyon’s statement, clarifying that the application for the development — “a general plan amendment” — was deemed complete last year, and that the proposal is currently under discretionary and environmental review by the city. “We value the community input and believe that the preservation of this iconic landscape is imperative. We look forward to the City releasing a draft environmental study and approving the Project,” says Safady.

Continued Safady, “The Bulgari Resort Los Angeles is dedicated to being an environmentally conscious and forward-thinking development and every step of our planning is consistent with this philosophy.” He stated that the project plans to increase the number of protected trees on site, replace non-native and fire-prone trees and brush, and install firefighting infrastructure throughout the property. “As Bulgari Resort Los Angeles is an indoor/outdoor living experience where every guest and resident can be one with nature in a sanctuary setting,” he added, “we embrace our local wildlife and will not be adding perimeter fencing with its neighbors to ensure the wildlife can continue to stroll freely and be integral throughout the property.” 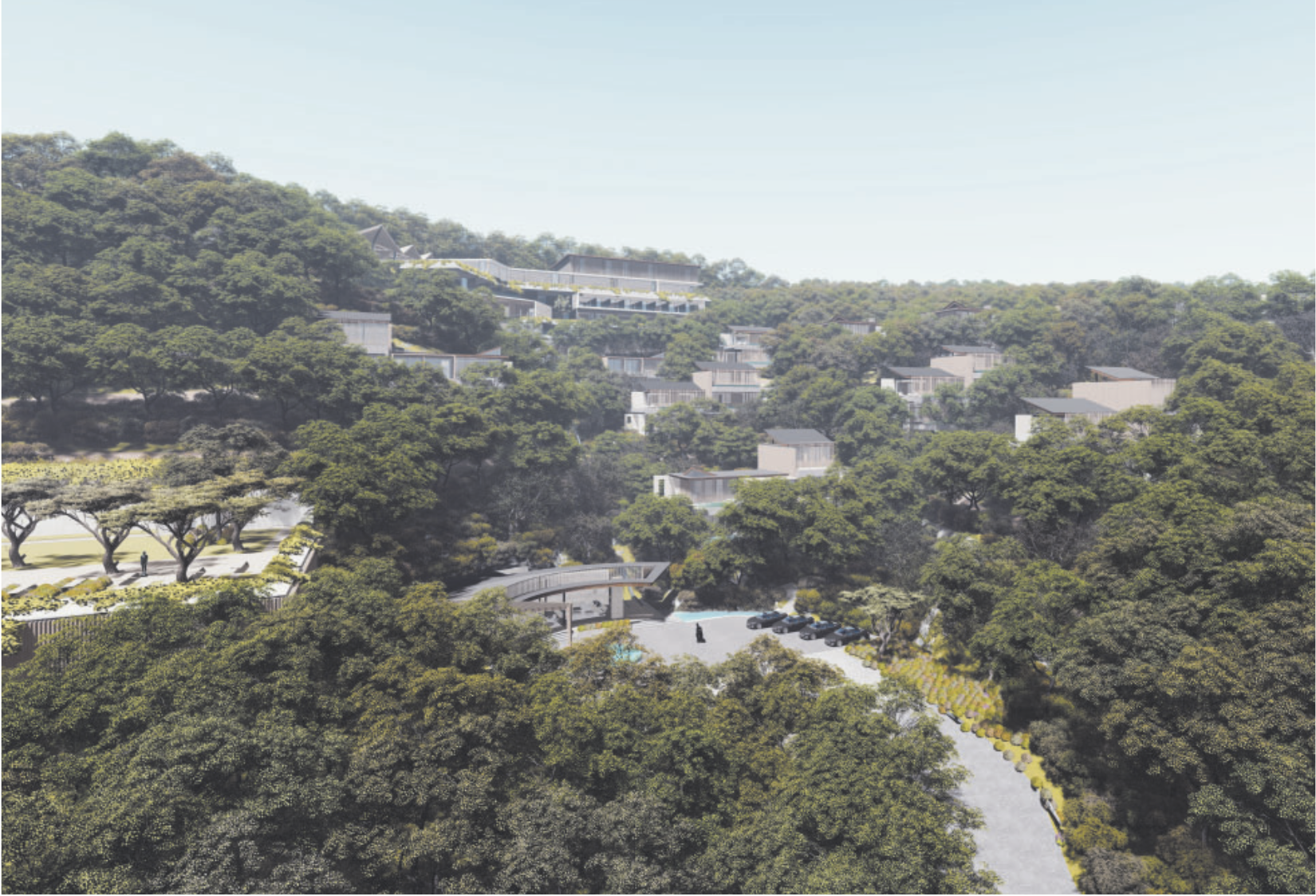