Dubbed “Bulgari Resort & Estates,” it will be a hillside collection of boutique hotel bungalows and large private residences on 33 acres. Bulgari Resort & Estates offers a unique and ambitious vision for eco-conscious luxury development. Under a Project Labor Agreement with the Building Trades, it will put more than 1,000 members to work. And, developers say, it could mark a return for unions into single-family home construction.

The vision belongs to Gary Safady. The developer and movie producer owns, and lives on, the site where he hopes to start pre-construction later this year. Perhaps one of the lesser-known points of Safady’s resume, certainly behind his producer credits and expansive development footprint, is an early stint with the Building Trades as a Laborer.

That experience now informs his strategy.

“Growing up in a modest household, I had to work my way through college, waking up at 5 am daily to travel to the job site. When I was 19 years old, I had the privilege of joining and working in Laborers Local 802 to pay my way through college,” Safady, who graduated from Loyola Marymount University, told “Building Trades News.” “I am extremely grateful for the opportunity they gave me. Thirty years later, I’m building LA’s first six-star hotel. There is no one, except for my talented and trusted brothers and sisters in the Building Trades, who I would ever rely on to build this unique, cutting-edge project.”

Blending Into the Wild

The design aims to blend in with the still wild slopes of LA’s exclusive Benedict Canyon. The tiered network of structures will hug the hills, and will also use recycled, natural, and innovative materials to fulfill its sustainability mandate. Among these, developers say, is cross-laminated timber, a newer wood composite that will help produce less waste and reduce the project’s carbon footprint.

Safady has committed to maintaining 75 percent of the land as open space, including a dog park open to the public, and will plant more than 1,000 new native or drought-tolerant trees to help ecological preservation. Plans also include improvements to emergency access and fire safety in the area.

Most of the 59 hotel guest rooms will be built as two-story bungalows studded through the northern half of the property, with a larger building to house amenity spaces like pools, restaurants, and spa facilities. The largest hotel structure will not exceed five stories. The eight private homes, meanwhile, will range in size from 12,000 square feet to 48,000 square feet, set on lots of at least one acre.

Currently, in the initial study and scoping period, developers are working with the city’s Planning Department to prepare the Draft Environmental Impact Report. They hope to publish it by summer, followed by a first hearing before the end of 2021. Project entitlements include a zoning change and a general plan amendment. To build the hotel on the site, Safady needs a zoning change from residential to a new use that mixes residential and commercial/hotel.

Safady notes that currently, without the zone change, he’d be free to build dozens of tract homes. Instead, opting for the low-slung hotel and smaller number of homes allows him to keep far more of the acreage open, undeveloped, and natural. Yet, the wealthy and anxious neighbors who surround the site object to most development, including the hotel. The divisive battle will likely become more polarizing as it nears public comments and review before the full City Council.

“We stand side by side with Gary Safady to support this environmentally friendly project,” said Ron Miller, Executive Secretary of the LA/Orange Counties Building and Construction Trades Council. “No one is saying our members are going to live in these houses. But a skilled man or woman can make a very good living building them.”

Safady first submitted the project to the city in 2017. Since then, he has made big changes in response to community feedback. Overall, the new plan proposes a 41 percent reduction in overall project size, with 60 percent less parking, the removal of an events center, and a 52 percent reduction in total guest unit square footage, taking the total number of units down to 59 from 99.

Residents have voiced concerns that Bulgari Resort & Estates would set a precedent for commercial development in the hills. This argument ignores the fact that the canyons already host major institutions like Hotel Bel-Air and the Getty Center—and some Bel Air houses are far larger than the main hotel building.

Safady notes that the hotel, with its spread-out rooms and lack of a ballroom, will attract people seeking peace and quiet. Many canyon neighborhoods have been hit by “party houses” that are leased on Airbnb and create a nuisance, even during the Coronavirus pandemic.

Bulgari Resort & Estates will be the opposite: “a tranquil, boutique escape catering to those seeking a quiet stay in a natural setting.” Safady suggests Bulgari Resort & Estates could start a standard for union craftsmen and women to build single-family homes under Project Labor Agreements, in an area where most multimillion-dollar homes are routinely built with non-union labor.

If the developer prevails, pre-construction would start by the end of this year, with an estimated buildout of nearly a decade. 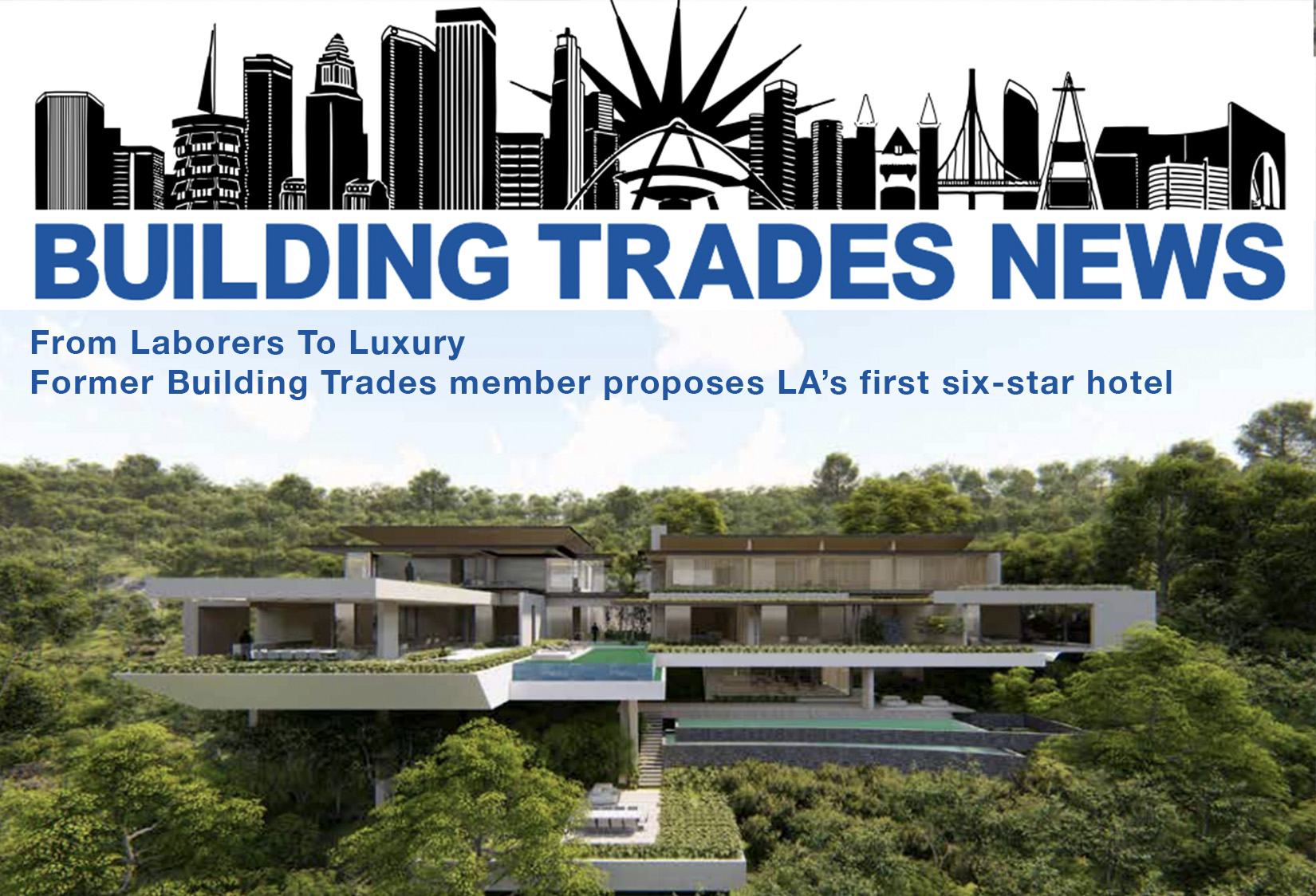